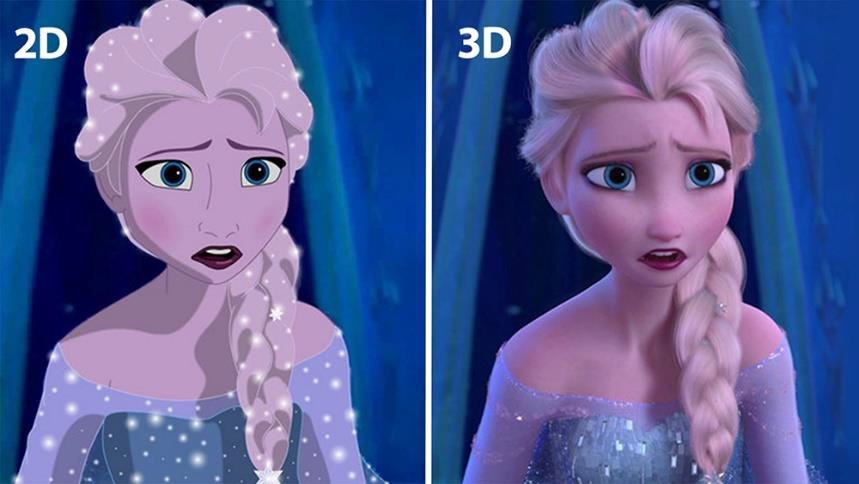 The Rise of 3D animation

The recent decades have seen a great decrease in 2D animation movies popularity in Hollywood, this has been mostly attributed to the glamour and attractiveness of DreamWorks and Disney 3D animated movies in the animation scene. Disney seems to be the industry leader in both, market share and market tendencies. These movies seem to be more popular with the younger demographic who appreciate the art of 3D animation and the relatability of the movies.

Sadly, the pursuit of photo realistic animation has taken a toll on the creativity of 3D animation. 3D animation used to be a way of expressing the creators’ visions in a more realistic way; however, understanding that the beauty of animation lies in its abstract and fluid nature is the secret to creating a successful animation movie. The life action remake of the “LionKing” has not been praised too greatly due to the lack of the fluidity and the fun cartoonish feeling of characters that is expected. Inside Out is a movie that exploited the concept of character fluidity to its maximum.

This mastery of what the medium has to offer is what creates the fun watching experience. Recreating real life was never the true purpose of the 3D animation

The comeback of 2D animation in the west

2D animation has never really lost its popularity in the east. It is a respected and mastered art. However, this appreciation and nostalgia of 2D animation is creeping up the west again. This might be due to the easier production and simplicity with a resembling financial benefit to 3D animation movies. 2D animation is very popular in the west among the young demographic, this is apparent in the popularity of anime.

However, major studios have long shifted away from 2D due to failures that were not necessarily related to the medium as much as the timing and story quality of the releases. A great testament that 2D animation movies are financially successful and popular is the 2019 Christmas Film “Klaus”, written by Spanish Director Sergio Pablos and made by his company “Sergio Pablos Animation Studios”.

It was a close second behind Pixar in the best animated movie category and was nominated for many awards. Hopefully, this trend will continue its climb. The rigidity of 3D animation has become mind-numbing and considered more of the same every year.