The How, What, and Why of Animated Advertising

What is Animated Advertising?

Animated Advertising is a form of digital advertising that uses animation videos to present products in a modern and creative medium instead of traditional digital marketing methods that have become outdated.

Animation Advertising started in the early 1900. The animations were used to advertise for army enrollment in the first world war. They were also used extensively during the cold war to sell civilian protective gear and for civilian training. Animations were also used for army training purposes in the second world war. Animation has always been known to be attractive and educational. However, they were incredibly difficult, time-consuming, and costly.

Once the video recorders became popular in 1982, with the introduction of the Panasonic camcorder, live-action video advertising became easier and more convenient to produce than animations due to technology limitations. 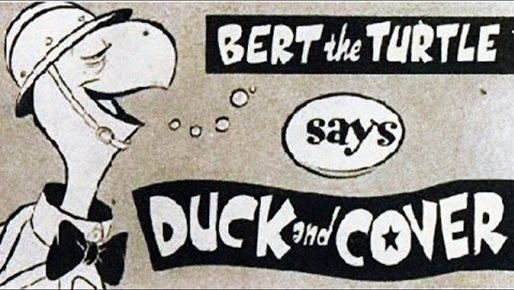 In the early 2010’s, digital marketing blew up due to the increase in the availability of internet worldwide, which supported the spread of social media. Since then, marketing has become a lot smarter and attractive.

Advertising through texts became boring, and long informercials were no longer viable due to the changes in customer tendencies; long ads were no longer enjoyable nor acceptable.

Simple images can be attractive; however, they are limited in their ability to convey the information you want. Marketing specialists have found out that the more attractive advertisements were more successful, regardless of the products they presented. Animated ads got 34% more clicks for the same marketing budget than banner ads.

A new form of advertising that can be both informative and attractive is animation advertising. it is cheaper and more effective than most other forms of video advertising.

Animation Advertisement also became more common due to the increased accessibility and ease of use of animation software like Adobe Animate, Adobe Character Animator, and Toon Boom Harmony. Also, free animation software like KeyShot and Pencil2D. These animation programs have streamlined many of the animating processes. A Simple narrated 1-minute animation video can be made in 16 manhours. In addition, animation websites are more popular, making animation marketing more budget friendly and accessible.

Animation Advertisements are now more commonly used on social media, rather than TV. This is mostly because most of the demographic on social media like Instagram, Facebook, Reddit, and 9gag, are attracted to animation. The median age of social media users is 22-34 (42%) which correlates to the age of audience that engaged the most with animation (specific percentage is not consistent among studies).

How are Animation Videos Made?

First of all, the word “animation” originates from the word “animate”, which means to bring to life. The definition in itself shows how complicated the process can be. Animated Advertising relies on short animated videos that are coupled with digital marketing skills to provide the value needed to the advertiser. Animation videos can be complex to produce. Each element of the animation is important in influencing customer click and conversion rates.

A high-quality animation video relies on the following elements: 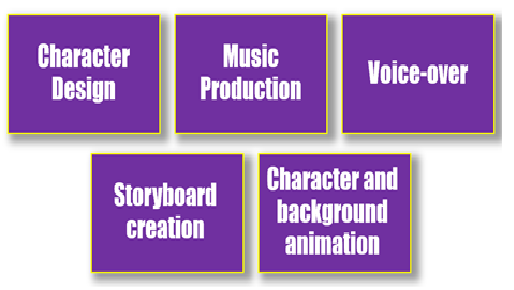 The animation process starts with character design. A character is designed based on market research, brand image, and client preferences. A basic rule is “design a mirror of your audience”. Ofcourse exceptions are due when working with a diverse demographic. Then, a storyboard containing the main points of the video is created with the help of the copywriter and marketing team. The third step implies creating the voice-over and music production to match the animation. Last but not least, characters and background are animated. Then, the final product is presented to the client for edits.

How Long Should Digital Ads be?

Animations used for advertising have to be short. This is to retain customer focus and to keep the advertising budget in check. Using a long animation ad on YouTube can result in costs that get out of hand quickly. Research shows that 35-25 seconds is the ideal length for an ad. This length balances between information presentation and acceptable advertising costs.

Digital marketing (also called online marketing), is a form of connecting brands to the customers in the online space (Online Marketing). This form of advertising is very specialized and requires very specific optimizations to be effective due to the large amount of competition on the internet. The expertise can usually be obtained through the use of Digital Marketing Agencies.

Digital Marketing relies on producing content and spreading it through websites; most notably, social media. The most important factor that predicts the success of a marketing plan is the content being marketed. Marketing brands or products through simple images or text can be regarded as ” not engaging enough” or “bland”.

Market research and customer surveys have showed that customers are not willing to read about a product or spend time searching for it if they are not specifically searching for it. Research implies that if you want to reach a large audience, you have to make your content short, informative, accessible, and enjoyable.

The biggest example can be seen in Google company ads. Google relies on short, simple, informative animations for explaining and selling new services. These marketing plans have been shown to be very effective.

Why Use Animation Advertising? (Metrics)

Moreover, animation ads had a lower click rate (the percentage of ad viewers that click the advertisement or perform a specific task) than still image ads. Nonetheless, they had higher engagement rates and higher spending rates (conversion rate).

Both of these factors combined led to net positive revenue when using an animation digital marketing strategy.

How to Optimize Advertising Performance

Any successful advertisement relies on the following elements:

Any Advertisement needs to:

What Animation Advertising Does Better

Animation advertising enhances almost all of these elements:

The end result is that animation advertising is almost always a better choice than using banner ads or costly live-action video advertising.

We are a Canadian animation studio that has international offices founded in 2018. We specialize in motion graphics and Frame by Frame animations.

We let you present your product or service to us in your own words, and we create an animated brand from scratch. We identify the right animation style and theme. We help you determine the right length of your ad, the right number of human/ non-human characters needed and the right music style for the campaign you are launching.

We have offices in Canada, Turkey, and Qatar with an active and growing presence in the advertising market. All of the factors mentioned above were listed by our marketing specialists to help you understand some of the processes that are performed behind the scenes to make the perfect animated advertisement.

If you would like to know more about our team, visit this link

If you have any questions, do not hesitate to contact us on:

It will be a pleasure working with you!

If you have any comments on the article, feel free to contact us!